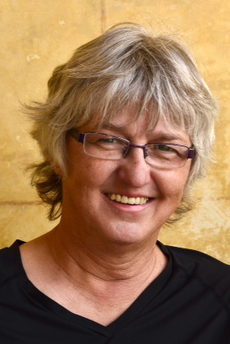 Louise Tanguay's photographs are poetry - inspired by her very personal and original perspective on nature. Her photography has won many prizes, has been widely exhibited, and has been published in prestigious magazines and newspapers all over the world.

Louise has authored articles for many magazines, and her talks on photographic subjects and excursions are always very popular. Louise Tanguay has had a dozen books published, including the two beautiful "Natura" and "Flora" coffee-table books put out  by Editions de l'Homme. "Natura" alone has sold over 10,000 copies. From 2002 to 2004 she produced a series of guide books on gardens in Quebec. One of them, "The Reford Gardens", was an instant best-seller and was followed in 2006 by "The Treasures of the Reford Gardens". In 2010 she published "Jewels of Hawai'i", a book on Hawaiian gardens.

Louise has offered instructional workshops for many years, and she has led photographic excursions to places such as Hawaii, Paris, Tuscany, Morocco and Namibia.

Originally from Hearst, in Northern Ontario, Louise now works out of Gatineau, in the Outaouais region of Quebec.